Everything Is Made in America! Made In Iowa!

Aluminum, Responsible, Attention To Detail – We Are Doing The Job With A Breeze

In the middle 1970’s, two farm boys started in the trailer manufacturing business but still had a passion for the farm. One of the things that they remembered from the homestead was the windmill. One of the brothers, Dean, decided to build a replica. When people saw his windmill, they began asking him to make windmills for their own homes. In his spare time he would build them as he had orders. A few years ago he passed away with cancer. His wish was that I would continue the windmills, so I have gone forward with some new products. Some of the things that I have added to his models have been an aeration system for aerating ponds, a line of aluminum towers and fans for the existing galvanized steel windmills.

Throughout the countryside there are many existing towers missing the fan and tail piece, so I have developed a head kit to restore these towers. Another item is a smaller lawn and garden ornamental windmill.

We have made many improvements to the way we do things now but always with a focus on an exceptionally high quality standards.

We WOULD LOVE TO TALK TO YOU!

Ask us about our custom windmills 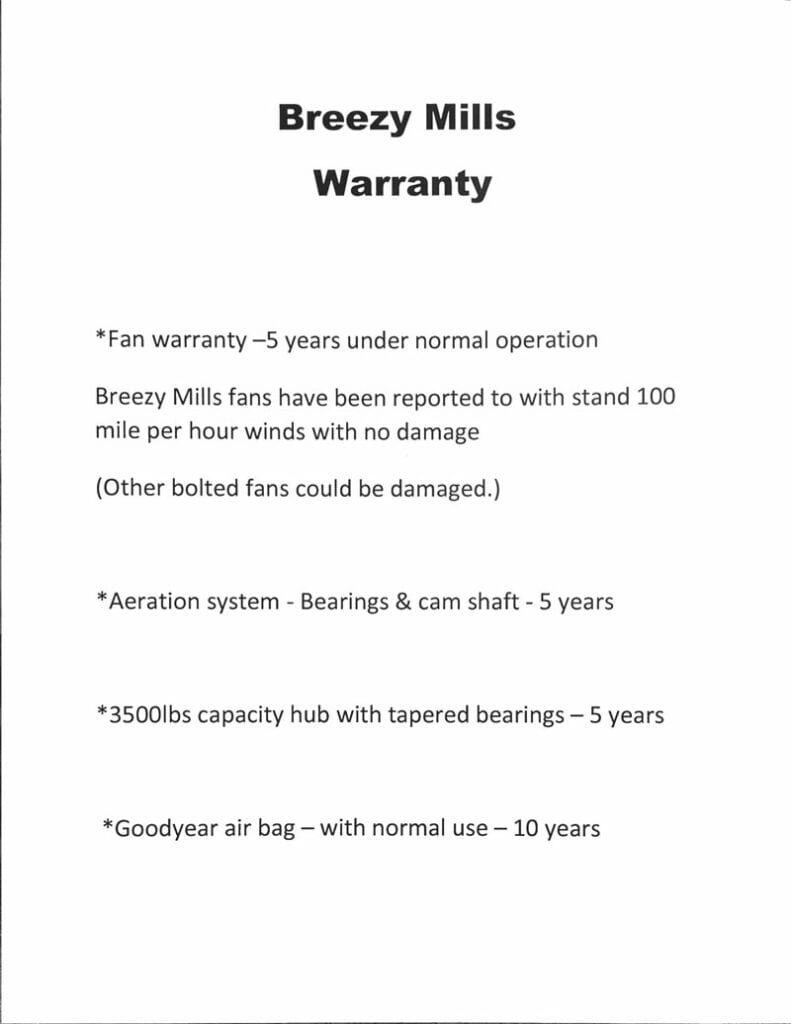